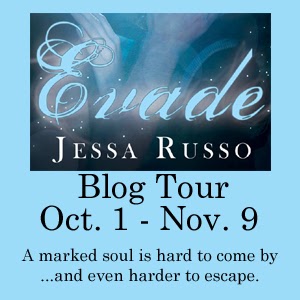 First off, a huge apology to my friend Jessa for not getting this posted earlier. I am a bad monkey. :( Anyway, this post was SUPPOSED to go live about 14 hours ago. And for that, I am very sorry.

So, today we are, once again, joined by the wonderful, awesome (and forgiving!) Jessa Russo. This time for her blog tour promoting her newest book, EVADE. If this book is anything like the first one, EVER, it'll be awesome, sweet, a little steamy, and a good story. I wish I could say I have read it, but I haven't. I've been busy (as the lack of my usual blog posts should indicate).

So here's Jessa again! Because, it's her blog tour and this is a great picture. :D 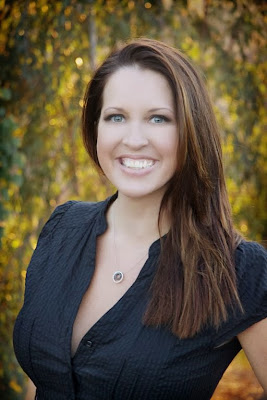 Now, the reason behind this stop is to give you all a glimpse into the playlist that helped inspire Jessa. 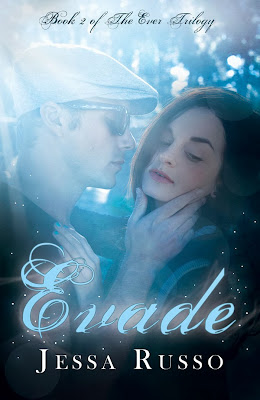 The Neighbourhood – SWEATER WEATHER
Tom Petty – MARY JANE’S LAST DANCE
No Doubt – SOMETIMES
Lissie – NOTHING ELSE MATTERS
Queen Kwong – BABY DID A BAD BAD THING – Ariadne!!!
Avicii / Aloe Blacc – WAKE ME UP
Paramore – STILL INTO YOU – Ever!
The Rolling Stones – MISS YOU – Toby!

Currently Ever is 99 cents, so go out there and read it. It's good.

'Till Next Time.
Posted by Andrew at 3:04 PM No comments: 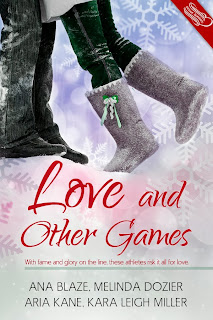 Amy Pierce, the klutzy sister and manager of America’s Skating Sweetheart, is used to being invisible. But when a friend drags her to a party near the Olympic Village, Amy catches the eye of a sexy Norwegian ski jumper. It’s a magical night, but an awkward next morning has her running.

Everyone knows Erik Andresen’s best shot at an individual medal was back in 2010, before an injury pulled him from the competition. He’s there for his team, but a hot night and a remarkable final training session have him wondering if a gorgeous good-luck charm could give him another chance at the podium. With a little bit of luck, these two might have a shot at something worth more than gold.

Trouble With Gold by Melinda Dozier


Reception and protocol volunteer, Nadia Hoffman, gets up close and personal with the sexy snowboarder to rescue him, but she's not the kind of girl who lets her hormones get in her way. A professional performance could help her land her dream job at Olympics Committee Headquarters, but her new assignment supervising the rambunctious US Snowboarding Team is making that difficult.


Can she see behind the snowman in the community center bathroom and into the warm heart of the man everyone calls Trouble?


Greek aerial skier Lia Milonas’s parents are about to lose the family farm. Saving it means medaling and landing a huge sponsor. While her no-nonsense attitude has her well on her way to a medal, it hasn’t won her a place in fans' hearts.


“Come back with a story that will make readers cry, or don’t come back.” This is what Brandon James’ boss told him before he left New York to cover the Winter Games for Moment Magazine. With a wink and a smile, he can charm his way into any invite-only party, but that career-making story is nowhere to be found – until he meets Lia.


The two strike a deal that should get them both what they want - but neither would have guessed they’d also find what they need.

The authors are hosting a Facebook party on release day filled with fun, surprises, and PRIZES! You can find the event here! 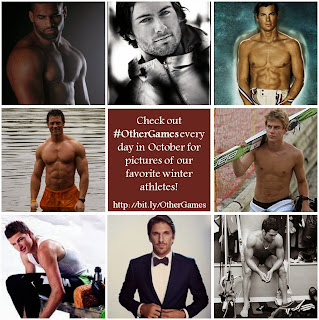 Be sure to check out the #OtherGames hashtag every day in October for winter Olympian sexiness!

Today I have the distinct pleasure of hosting the cover reveal of my friend Ciara Ballintyne's novela "Confronting the Demon". This is actually a quasi guest post because most of the text is from her. I had the honor of beta reading her novel Deathhawk's Betrayal and I can honestly say I really enjoyed it. My hope is that one day, I'll be able to host the cover reveal on that one.

I've also had the pleasure of reading a beta copy of this novella too and I seriously couldn't put it down. It packs a punch and the world is so beautifully done.

So, without further babbling on my part, here is Ciara.

This is the first time I’ve ever had cover art commissioned, but as far as I can tell from the writers I know, seeing the cover art for the first time never gets old. I have to agree it’s a definite ‘SQUEEEE!’ moment. And I’m not generally the kind of person who ever says ‘Squee’. In fact, I’m pretty sure the only time I have ever previously said squee was when HarperVoyager requested a partial of my manuscript Deathhawk’s Betrayal.

So here it is – the cover art for Confronting the Demon, my 25,000 word novella.
Many thanks go out to my artist, Nadica Boskovska. Check out more of her work at http://theswanmaiden.deviantart.com/gallery/ 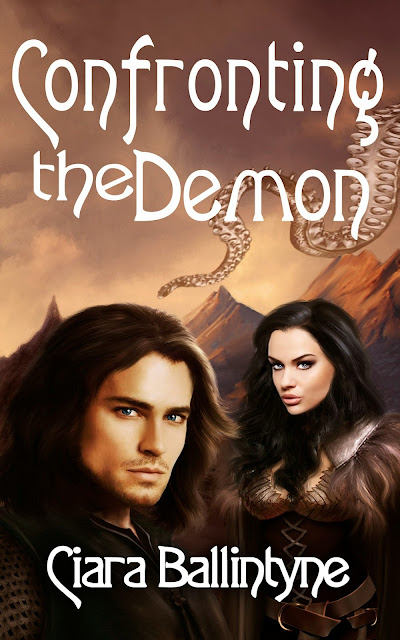 Confronting the Demon
The gates to hell are thrown wide when Alloran is betrayed by his best friend, Ladanyon, and framed for forbidden magic. He is hunted by the guards and the wizards both, tormented by the gruesome murder of his friends and loved ones, and crippled by fear for the living. Now Alloran must face his demons, or damn the woman he loves.

The novella also includes a free bonus short story, A Magical Melody, which was previously featured in the ebook anthology, Spells: Ten Tales of Magic.

When a lethal spell is stolen from a locked and warded room, Avram must hunt down the thief before the song of power buries a city of innocents beneath a thousand tons of ice.

Confronting the Demon is due to be released 1 October 2013, and I’ll be signing copies at the IndieVengeance Day Book Signing in Dallas, Saturday, October 12, 2013 from 1:00 PM to 5:00 PM (CDT). Register for free here if you’re interested to come along - http://www.indievengeanceday.eventbrite.com/.

'Till Next time.
Posted by Andrew at 1:00 AM No comments: