I've been busy this month and haven't updated my blog in a while. That's because, well, I've been busy. Been doing vlogging instead it seems. Anyway, not sure what happened with my goals this month. I do know that I have 20K to write before Saturday at midnight. Either way, this month is a win. I've got an awesome story with a wicked plot. It'll take some work, but that happens. So, take a look at my newest video and laugh at the outtakes.

We are pleased to be able to reveal the cover for Lisa Burstein’s upcoming release SNEAKING CANDY!! This New Adult romance will have you ready and willing to sign up for grad school. You can read more about this hot, new book after checking out the awesome cover! SNEAKING CANDY releases December 9th!

Lisa Burstein is a tea seller by day and a writer by night. She received her MFA in Creative Writing from the Inland Northwest Center for Writers at Eastern Washington University. She is the author of the YA Novels: Pretty Amy and Dear Cassie and the NA Novella: The Next Forever. Sneaking Candy is her first full-length new adult novel.

SNEAKING CANDY Goodreads
Posted by Andrew at 7:00 AM No comments:

Today we're celebrating the release of Entangled Teen's November books! Read about them and enter to win the giveaway below!

Infinity (The Chronicles of Nerissette #3)

Although she’s still stuck in the magical world of Nerissette, Queen Allie is finally ready to build a relationship with the half hottie, half dragon next door, Winston. But all isn’t really fair in love and war.

Unrest is quickly forming at the borders and soon Allie realizes that the Fate Maker wasn’t the only one who wanted her crown. When her trusted aunt Bavasama sends her troops into Nerissette on a campaign of murder and mass destruction, Allie has a tough decision to make.

She can’t take the chance of letting more people die or letting those she’s lost disappear from memory, but there is more at stake than even she knows. Still, Allie has to do something. And in the process she’ll discover what she’s truly made of when faced with a series of options…each more horrible than the last. 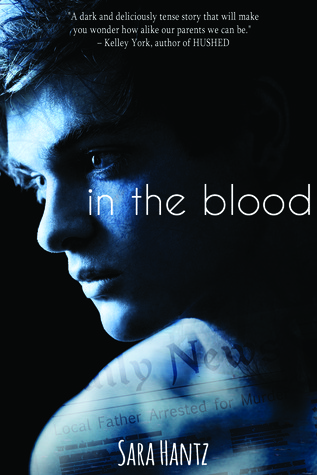 For seventeen years Jed Franklin’s life was normal. Then his father was charged with the abuse and murder of four young boys and normal became a nightmare.

His mom’s practically a walking zombie, he’s lost most of his friends, and the press camps out on his lawn. The only things that keep him sane are his little sis; his best friend and dream girl, Summer; and the alcohol he stashes in his room. But after Jed wakes up from a total blackout to discover a local kid has gone missing—a kid he was last seen talking to—he’s forced to face his greatest fear: that he could somehow be responsible.

In a life that’s spiraled out of control, Jed must decide if he chooses his own destiny with Summer by his side or if the violent urges that plagued his father are truly in the blood… 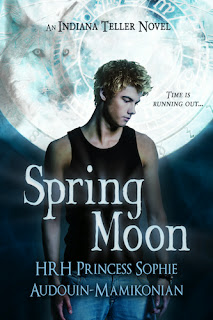 Amid the expansive plains of Montana, the Lykos Ranch stretches for miles. The inhabitants who live in near isolation from the outside world are members of the most powerful clan of werewolves in North America. Among them lives just one human: Indiana Teller.

Grandson of the clan’s leader and offspring of a werewolf father and a mysterious yet human mother, Indiana is rejected by his peers and heads to the University of Montana to find a normal life. Despite warnings from his grandparents, he falls in love with a beautiful human, Katerina.

Before too long, he is the victim of an accident that would have killed him had he not miraculously vanished at the moment of impact. Are these strange occurrences just chance or the machinations of a hidden enemy out to destroy him? Facing his destiny, Indiana will have to choose who to believe, and who to love.

He tilts my chin up so my eyes meet his, his thumb brushing lightly across my lips. I close my eyes. I know Z is trouble. I know that being with him is going to get me into trouble. I don’t care.

At least at this moment, I don’t care.

Tossed from foster home to foster home, Olivia’s seen a lot in her sixteen years. She’s hardened, sure, though mostly just wants to fly under the radar until graduation. But her natural ability with computers catches the eye of Z, a mysterious guy at her new school. Soon, Z has brought Liv into his team of hacker elite—break into a few bank accounts, and voila, he drives a motorcycle. Follow his lead, and Olivia might even be able to escape from her oppressive foster parents. As Olivia and Z grow closer, though, so does the watchful eye of Bill Sykes, Z’s boss. And he’s got bigger plans for Liv…


Z
I can picture Liv’s face: wide-eyed, trusting. Her smooth lips that taste like strawberry Fanta.
It was just a kiss. That’s all. She’s just like any other girl.
Except that she’s not.
Thanks to Z, Olivia’s about to get twisted.

To celebrate the launch of these books, Entangled Teen is giving away three ebooks. Check out the Rafflecopter giveaway down below for more information!

Posted by Andrew at 8:02 AM No comments: