When the Words Don't Suck

As a writer, it's hard sometimes not to fall into the lie that all the words suck. I've seen it on a dozen or more posts. Hell, I've been feeling that way for a while. It usually starts around the middle of writing that first draft. And then of course, once you get the first draft done, you have to fight the "What the hell did I just write. OMG I SUCK!" feelings. Then you send it off to your CP's (critique partners) and Beta Readers and sit there biting your nails thinking that they will hate you for even sending them something so absolutely horrible. Then you get their notes back and you're like "OMG! THESE WORDS SUCK!"

Basically, the entire time you are either worried about it sucking or feeling like it sucks.

Which boils down to the reality that all authors are masochists and enjoy feeling bad about ourselves.

Ok, so not really, but it is hard to be positive when you create something out of a vacuum and then make it a living breathing thing that is both believable and entertaining.

So when do the words stop sucking?

So, if you want the words to stop sucking, YOU have to do it. Nobody else will do it for you.
Is it hard? Yes, changing your thought processes is very hard.
Can it be done? Yes, it can.
Can I have a cookie? Yes, you may.

So I'm writing this post for you and for me. I've been feeling down and like everything I'm writing sucks. It's an easy trap to fall into. It's also why I have been working on the same chapter since NaNo ended...52 days ago.

Did I mention that nobody can fix this but you?

So last, but not least, my #writemotivation goals.

So today is a first on my blog. A book review. Normally I just reserve those for Amazon, Goodreads, etc as I don't always have the most coherent reviewing abilities. In most cases it's just

Ok, not THAT bad, but pretty close. I try to mention the characters and plot and stuff, but it isn't the greatest and I try hard not get spoilery.

However, today is different. Today is a new day. A day that I break out of my comfort zone and do something I've never done before. So, in my general insanity, I signed up to do a book review for Kate Evangelista's New Adult Paranormal Romance titled "Savor". For those of you following my blog for a while, you'll know that Kate has been a regular on here with cover reveals and blog hops.

Yes, she's a friend. No, this won't affect my opinion of the book. 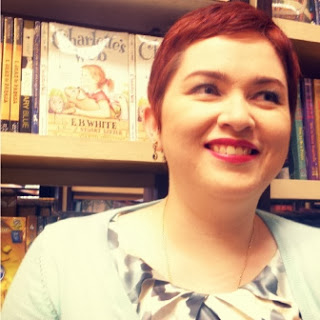 When Kate Evangelista was told she had a knack for writing stories, she did the next best thing: entered medical school. After realizing she wasn't going to be the next Doogie Howser, M.D., Kate wandered into the Literature department of her university and never looked back. Today, she is in possession of a piece of paper that says to the world she owns a Literature degree. To make matters worse, she took Master's courses in creative writing. In the end, she realized to be a writer, none of what she had mattered. What really mattered? Writing. Plain and simple, honest to God, sitting in front of her computer, writing. Today, she lives in the Philippines and writes full time. 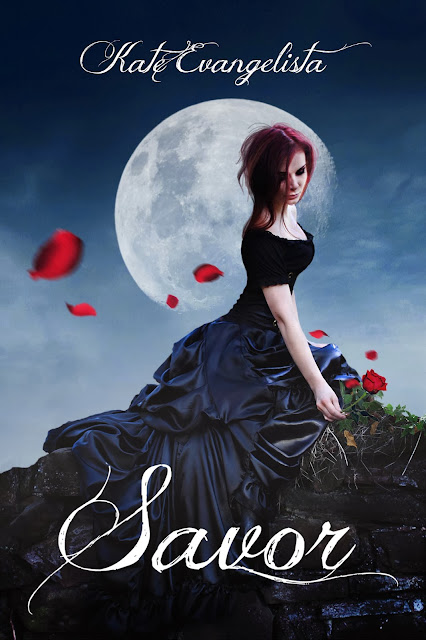 First off, I LOVE the cover. She has been seriously blessed with cover awesomeness on every book she's written and it really captures the tone of the novel.

Now for fans of Kate, this is a continuation, of sorts, of the events in Taste. In so much as the characters from the first book are integral to the plot of this novel. As for timelines, it is several years later than the events of that story.

One of the big differences is that Taste was YA and Savor is very definitely NA. There are some seriously sexy situations, however they aren't needlessly so. They exist for a reason beyond fan-service. And fans of Luka will definitely get to know him better.

Dakota Collins, the main character, is flawed and real. She sees the world through a camera lens. It, and her eye patch create a barrier between herself and any personal connections. At least, she thinks so. However, Luka Visraya is not so easily dissuaded. Their interactions are a combination sexy and at times odd, but always interesting. It is obvious that something is going on beyond Dakota's understanding. That in itself kept me reading.

Kate does an excellent job of expanding on the characters from Taste. Giving them more life and depth. The setting is amazing and gorgeous (and a little magical too). Speaking of magic, although this is a paranormal romance, there is very little overt magic, etc that you would expect. At least not until the end. I think this is because Dakota doesn't know any of this and whatever does happen, she passes off as just something weird.

Kate does end on an interesting note that made me really wish she had kept going, but that's not a bad thing either. I liked it. It made the characters the focus and not the magic, other worldly stuff.

All in all, I loved this book. It was fun, sexy, and an interesting read and I can't wait to read the next book. Because, dammit, I WANT TO KNOW WHAT HAPPENS! Ahem. Sorry.

So, I'll arbitrarily give this 4 hot men in kilts (just for Kate because Kilts) for being a great, fun, and sexy read.

Now for the giveaway hosted by Paranormal Cravings
a Rafflecopter giveaway

Posted by Andrew at 1:00 PM No comments:

The Ups and Downs and All Arounds

I'll be honest. It hasn't been so great in my brain lately. It's not overwhelmingly bad, it's just that I'm stumbling. November was amazing in that I managed to write 50K new words in 30 days (about 25K of that in the last 4 days).

I can do it. I know I can, but why is it that I have written next to nothing since then?

Well, a couple things. There's beens ome personal stuff that I'm working on, but really it comes down to this.

I'm scared that what I'm writing is crap. It's a common fear and one that hits about the halfway mark in any novel writing process. Which, I have hit. And my brain is all wibbly wobbly. 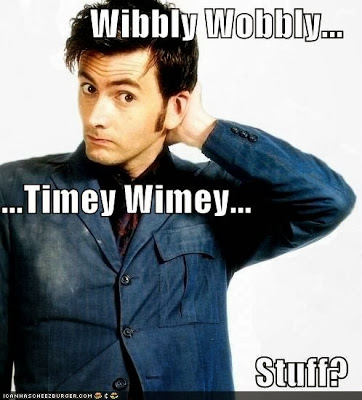 I swear I've been writing the same scene for a month...which I probably have. Probably a time vortex or something. The truth of the matter is this: ALL FIRST DRAFTS SUCK. Why? It's because you are creating something from nothing and you can't fix it until it's been put down.

I've also gotten some amazing news (which I can't share with you because it's my penname and we don't talk about what he does here...also, I'm a tease).

On the flip side, I've gotten my second round of notes from my mentor and my plot in HJ still has problems. So, I called in the cavalry (my CP, my wife, and another friend) to help me figure it out because I'm banging my head against the wall.

Seriously. I'm too inside the story now. I've torn it apart and restructured it five different times. And as a writer, I can't do it alone. Nobody can. So while I wait and try not to think about what they are doing, I'm going to smash my fingers on the keyboard and try and get the rest of Romeo and Juliet finished.

Because I've got a few more story ideas brewing thanks to #pitmad...again. I seriously need to not do fake pitches anymore because I'm always coming up with story ideas...

Igor did all the work & Frankenstein took all the credit. Now a monster is on the loose and the good Dr is nowhere to be found #fakepitmad
— M. Andrew Patterson (@M_A_Patterson) January 8, 2014

Caught standing over a dead body and holding the knife, Rapunzel is exiled to a lonely tower and cursed. #fakepitmad
— M. Andrew Patterson (@M_A_Patterson) January 8, 2014

So goals? Yeah, I'm not doing so hot on that. I mean, I've tried, but it's been a struggle (at least the writing part). This happens. It's normal. I'm not any crazier than I was...ok that last part might be a bit of a hyperbole...

Anyway, I will survive. I'll keep writing. And I'll try not to get too distracted by XCOM : Enemy Within...because reasons.

I'm so excited to once again be hosting a cover reveal for Nikki Jefford. And this one, I think, is the best yet. Nikki is a wonderful person and a talented author. I've read the first book of the series and totally loved it. 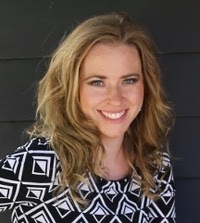 Nikki Jefford is a third generation Alaskan who found paradise in the not-so-tropical San Juan Islands (Wash.) where she is once more neighbors with Canada in a town without a single traffic light. She loves fictional bad boys and heroines who kick butt.

When she's not reading, writing, working, or out on a nature walk, she's out riding her Suzuki DRZ400SM.


So. How about that gorgeous cover?

I guess I should stop teasing... 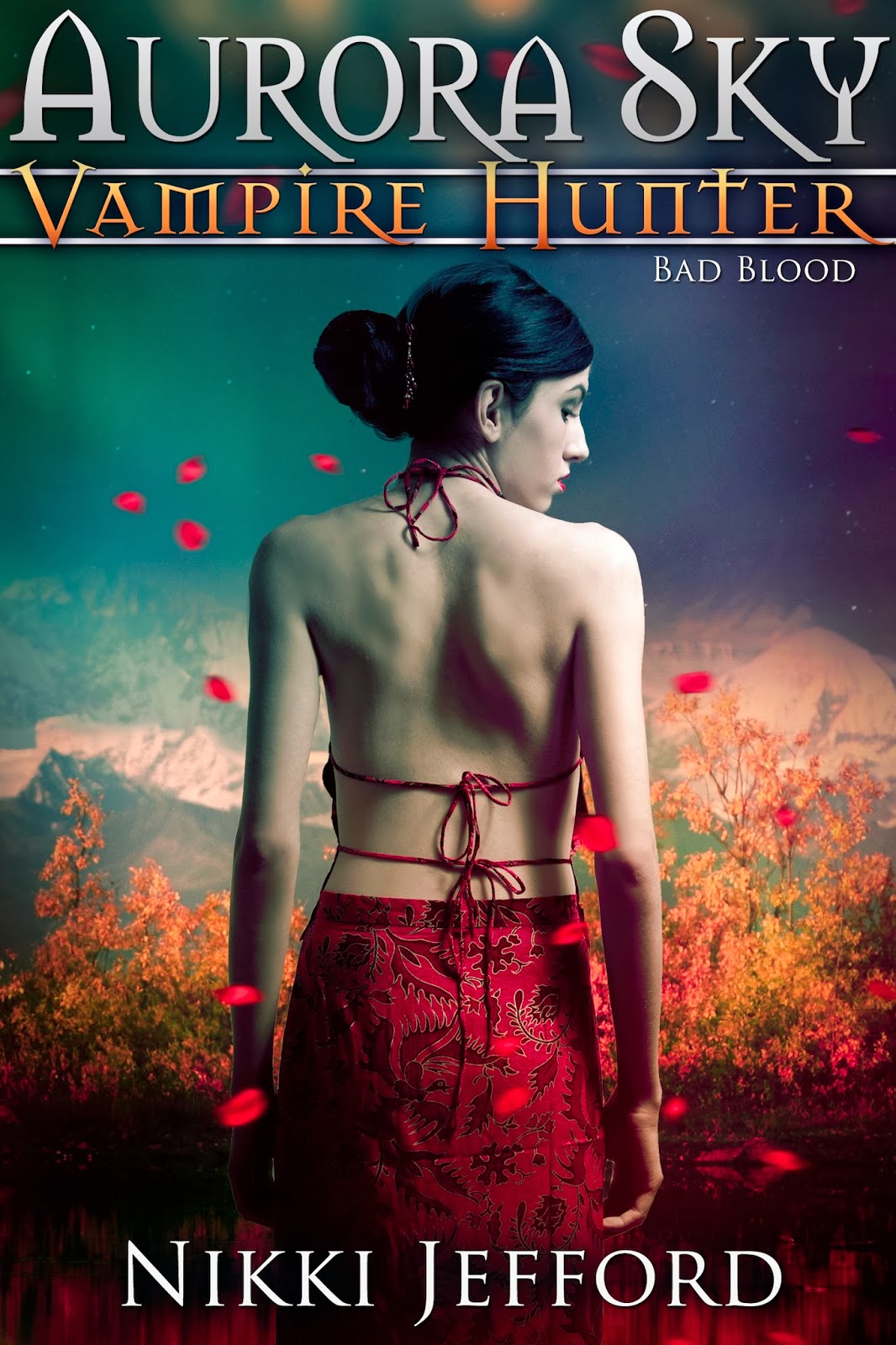 BAD IS THE NEW GOOD

Aurora returns from boot camp to a new assignment, an unwelcome roommate, and the increasingly amorous attentions of a certain vampire hunter.

College is starting, and so is Aurora’s undercover work at a network of swanky parties known as “Tastings” for high rolling vampires who like their blood laced with fine wine. But Aurora’s not the only one on the prowl. An underground investigation is under way to find out who killed one of Anchorage’s most prominent vampires… and Aurora is a prime suspect.