Today is the cover reveal for Harvester by Rachel Russell! 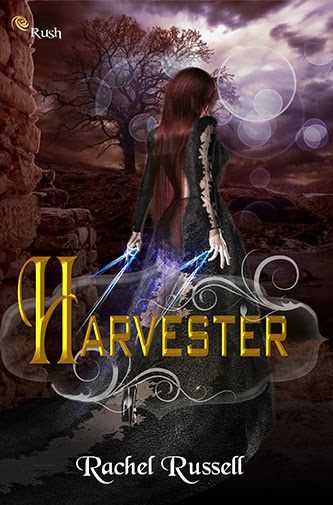 Blurb:
Sixteen-year-old Catalina has never seen the sky. As a mage, it’s illegal for her to leave the underground city she lives in. The sun and moon are only fantastical stories of a land far away. So when Catalina stumbles upon a tunnel leading to the surface, she can’t resist the temptation to see the surface world.

But instead of enjoying a night beneath the stars for the first time, Catalina emerges upon the scene of a savage murderer harvesting faery body parts. She's nearly his next victim, but is rescued by a grim boy named Will who has a troubling connection to the killer.

Even more disquieting is Catalina’s criminal status upon returning home. Someone with political clout has framed her for the vicious slayings. Now on the run from the law, Catalina must uncover Will’s tie to the serial killing of faeries, as well as stop a bloodthirsty murderer to prove her innocence, or face a death sentence.


You can add Retribution to your to-read list on Goodreads


Excerpt:
The last person caught smuggling medicine had disappeared, never to be heard from again, after Marshals whisked him away for interrogation. It wasn’t a reassuring thought to have as Catalina stood in line and gnawed on the inside of her cheek. With each step she took toward the Arch, the glass vial hidden within the inside pocket of her vest grew heavier. She’d trafficked medicine into the city before, but it always felt like the first time. She supposed there were just some things you never got used to. Knowing the Arch wasn’t designed to detect her precious cargo didn’t stop her palms from sweating or her stomach from flip-flopping.

“Next.” A scowling guard dressed in a black trench coat with a stiff, upturned collar waved her through with an exaggerated wave of his arm, as if she’d been dawdling.

Catalina sucked in a breath and stepped beneath the Arch. It wailed, shrill and loud, like a cat in pain. She startled, her eyes widening.

Oh no. No, no, no, Catalina thought. She held up shaking hands. My luck cannot be this crappy. She’d passed through the Arch dozens of times with the medicine on her and the alarm had never gone off before. Maybe it was a malfunction.

Another guard stepped over and passed a plain, black rod over her, starting at her head and traveling down. It glowed white when it neared her vest pocket.

Catalina’s stomach bottomed out. They’d updated their equipment. For once, the law was a step ahead of her.
The guard flipped open her vest and reached into the inside pocket, plucking out the vial. He held it up before his face, arching an eyebrow. Within the glass vial swirled clear liquid filled with glittering particles. The guard pulled out the stopper and sniffed.

“It’s faery elixir, all right.” The guard put the stopper back on. “Take her to the interrogation room. The Marshal will want to speak with her.”

The other guard stepped behind Catalina and twisted her arms behind her back. She needed to get out of there. If she could buck her head back hard enough to break the guard’s nose, maybe—

Then metal pinched the tender skin of her wrists. She tried to wriggle her fingers. Her knuckles hit cool iron. He’d encased her hands in mitten handcuffs, the only sure way to keep a mage from weaving a spell. Catalina sighed. Now it really was too late.

“Come on.” The guard grabbed Catalina by the elbow and led her through a blue door off to the right.

Their booted steps echoed down a hallway with overhead lights so bright they whitewashed the walls and floor. Catalina squinted beneath the harsh glare. The guard led her to the end of the hallway and stopped in front of a dull door with black paint curling at the edges. Again, she was struck with the near-overpowering drive to bolt. She’d heard horror stories of Marshals using magic to strangle hearts near to bursting point till they got what information they wanted.
The hinges on the door whined as the guard opened it. An empty room with a table and two chairs lay beyond. A cold chill rushed down Catalina’s spine. Odd how such a sparse room could feel so menacing.

The guard shoved her into the room. “A Marshal will be with you shortly.”

Catalina stumbled into the room and whirled to face the guard, only to be met by the door slamming shut. A click came from the other side of the door as he locked it.

She turned and strode to the table. “Great. What the hell am I supposed to do now?” 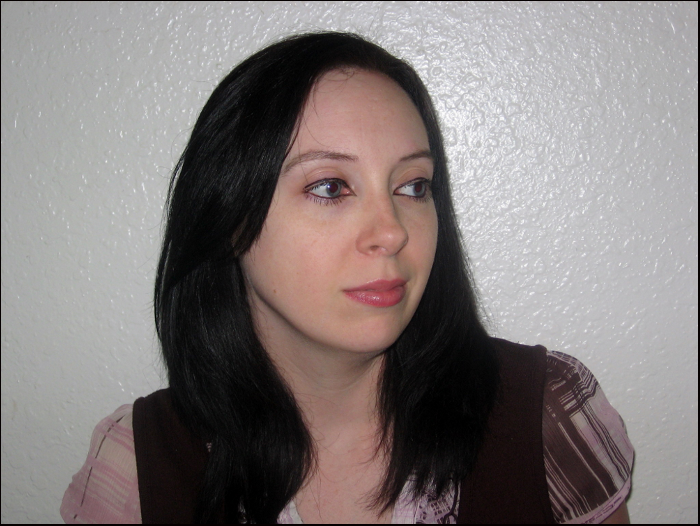 About the Author:
Rachel is a YA author who likes dirty martinis and pickles on her pizza. Her stories tend to be either horror or fantasy, or a strange amalgamation of both genres. She works at Month9Books, LLC as both the Submissions Coordinator and an Editorial Assistant. When not reading or writing, Rachel is marathoning anime, becoming one with Twitter (@RachelxRussell), or playing make-believe with her two daughters.