So today I have the honor of hosting the lovely, and talented, Dahlia Adler. Her debut novel, BEHIND THE SCENES, comes out June 24th. I have a copy in my hot little hands, so you can all be jealous.

After hounding* her both privately, and publicly, like a paparazzi on the hunt for the latest celeb scandal, I managed to get her undivided attention...

*in the spirit of full disclosure there was no "hounding" per-say, but a couple emails were sent back and forth. Don't tell anyone or it will ruin my street cred.

Anyway, I got to ask her a question.

No. It wasn't "Will you go out with me?" or "If not, maybe we could have some coffee?" or "Ok. You walk down the street and I'll stand over here and talk to myself and not look at you." And it definitely wasn't "What does 'Restraining Order' mean?"

My question was simple "Where did the idea for this story come from and what steps did you take to research it?" It's always fascinating to hear the story behind the story. What started it and stuff like that. Anyway, she obliged. So here is her answer. 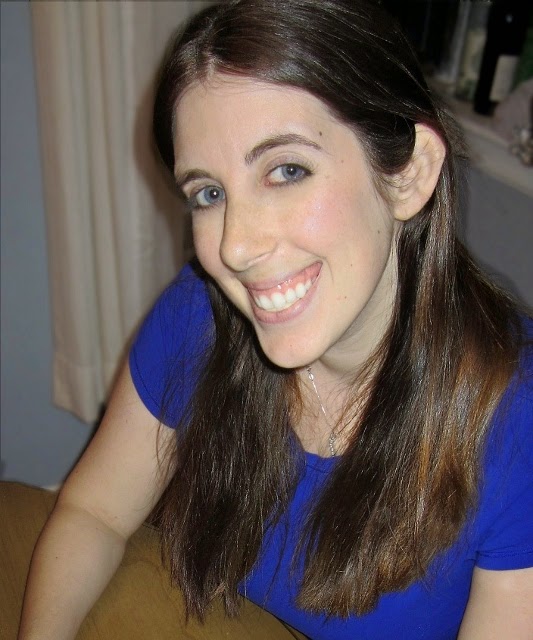 Dahlia Adler is an Assistant Editor of Mathematics by day, a Copy Editor by night, and a YA author and blogger at every spare moment in between. You can find her on Twitter at @MissDahlELama, and blogging The Daily Dahlia, YA Misfits, and Barnes & Noble. She lives in New York City with her husband and their overstuffed bookshelves. Behind the Scenes is her debut novel. 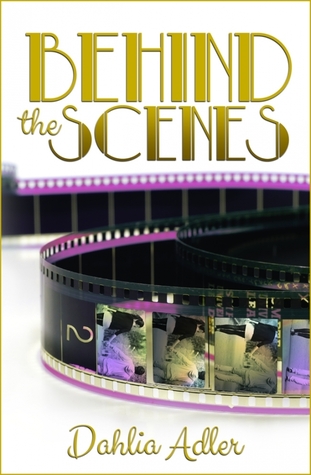 Where did the idea for this story come from and what steps did you take to research it?
The funny thing for me about Behind the Scenes is I actually have pretty strong memories of the early days of formulation—piecing together bits of the idea, getting up in the middle of the night to type up a query letter that seemed to come into my brain fully formed—but not what prompted the idea itself in the first place. I can tell you pieces of inspiration—the new 90210, definitely, and certain events from my own life—but not where the initial idea sprang from.

Like most stories, though, it got padded with associations and influences along the way. A huge one was Jen Calonita’s YA series “Secrets of My Hollywood Life.” It’s different in many ways—it’s narrated by the celebrity herself, it’s a six-book series, it’s geared toward a younger audience—but it was a great thing to read to get the perspectives of the characters who would be secondary in my own book. Plus, Calonita has great experience in entertainment journalism, and I was still in the early stages of research.

Research is sort of a tricky thing when you don’t have insider access, but it’s amazing the difference the Internet can make. I’ve been to LA, which is where the book is set, but I definitely still needed LA-resident input and Google Earth, and that’s despite making up one of the neighborhoods in the book. YouTube was also invaluable for behind-the-scenes (heh) videos with actors on set. And when you’re writing about celebs being besieged by paparazzi, actually looking through tons of tabloid photos helps too…no matter how dirty it makes you feel!

The truth is that the process of writing any book has so much potential to evolve as you’re doing it, and the more TV I watched, the more tabloids I read, and the more news stories broke, the more I observed Hollywood as an outsider, the more the story changed. And after all that, I’m really excited that the finished product is finally coming out into the world, and hope people love it as much as I do!
---

So there you have it. The behind the scenes to Behind the Scenes. That's very meta.