S. M. Boyce just released the new cover for the second book in her Grimoire Trilogy! Here it is: 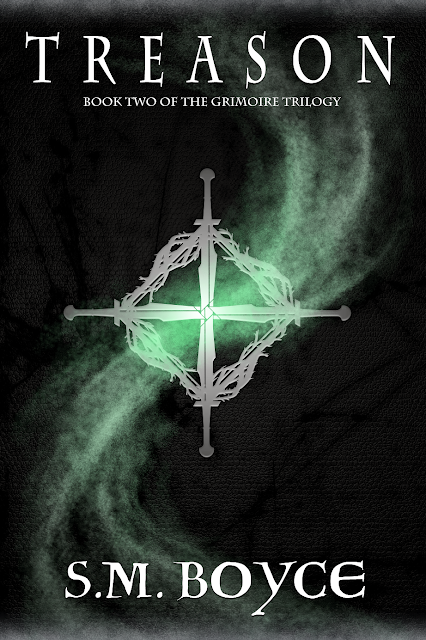 The Grimoire turns its own pages and can answer any question asked of it...and Kara Magari is its next target.

Kara has no idea what she's getting herself into when she stumbles across the old book while hiking along a hidden trail. Once she opens it, she's thrown into Ourea: a beautiful world full of terrifying beings that all want the Grimoire's secrets. Everyone in this new world is trying to find her, but most just want to control the new-found power the Grimoire bestows upon her.

Braeden Drakonin grew up in Ourea, and all he’s ever known in life is lying. The Grimoire is his one chance at redemption, and it lands in his lap when Kara Magari comes into his life. He has one question to ask the book—one question that can fix everything in his broken world—and he’s not letting Kara out of his sight until he gets an answer.

Ourea has always been a deadly place. The lichgates tying the hidden world to Earth keep its creatures at bay—for now.

Kara Magari ignited a war when she stumbled into Ourea and found the Grimoire: a powerful artifact filled with secrets. To protect the one person she has left, she strikes a deal that goes against everything she believes in. But things don’t go as planned.

Braeden Drakonin can no longer run from who—and what—he is. He has to face the facts. He’s a prince. He’s a murderer. He’s a wanted man. And after a betrayal that leaves him heartbroken, he’s out for blood.

To survive, both Kara and Braeden must become the evil each has grown to hate. 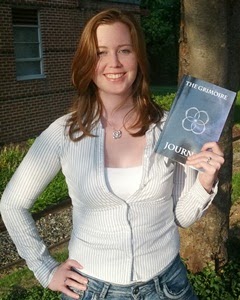 S. M. Boyce writes fantasy and paranormal fiction. She is a sarcastic twit, but she still has friends because some people seem to like that. Her Creative Writing degree qualifies her to serve you french fries.

She’s currently working on the YA epic fantasy series the Grimoire Trilogy. Lichgates, the first in the series, is already available. Treason (book 2) releases October 27. Feel free to connect with her online or check out her blog.